The Decoder Ensemble, founded in Hamburg in 2011, considers itself a “band” for contemporary music and is one of the most innovative and unpredictable young ensembles on the new music scene. Their fresh and energetic sound, stemming from their distinct combination of electric and acoustic instruments and voice, sets them apart from conventional contemporary chamber music ensembles.

One of the main focuses of the ensemble is the collaboration with young composers and providing them with a platform to realize their works at the highest level. All of the members of Decoder specialize in the performance contemporary music, with 3 members doubling as the resident composers. This constellation, together with the extensive communication between the composers and interpreters in the development of the works, allows for the creation of unique and authentic performances.

The Ensemble performs internationally at festivals of contemporary music on a regular basis. In 2014 Decoder’s self-titled debut CD on Ahornfelder Records was produced in cooperation with German Radio Cologne. Since 2017 Decoder presents their own concert series at the Elbphilharmonie Hamburg. In 2019 Decoder’s second CD will be released by the label Wergo. 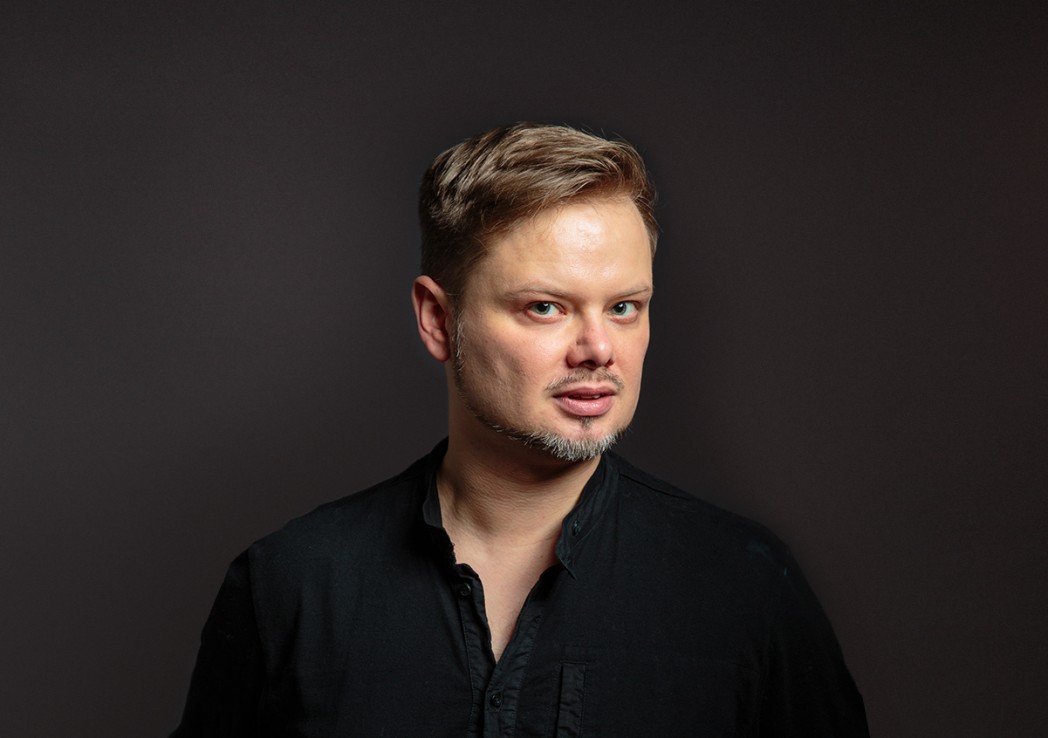 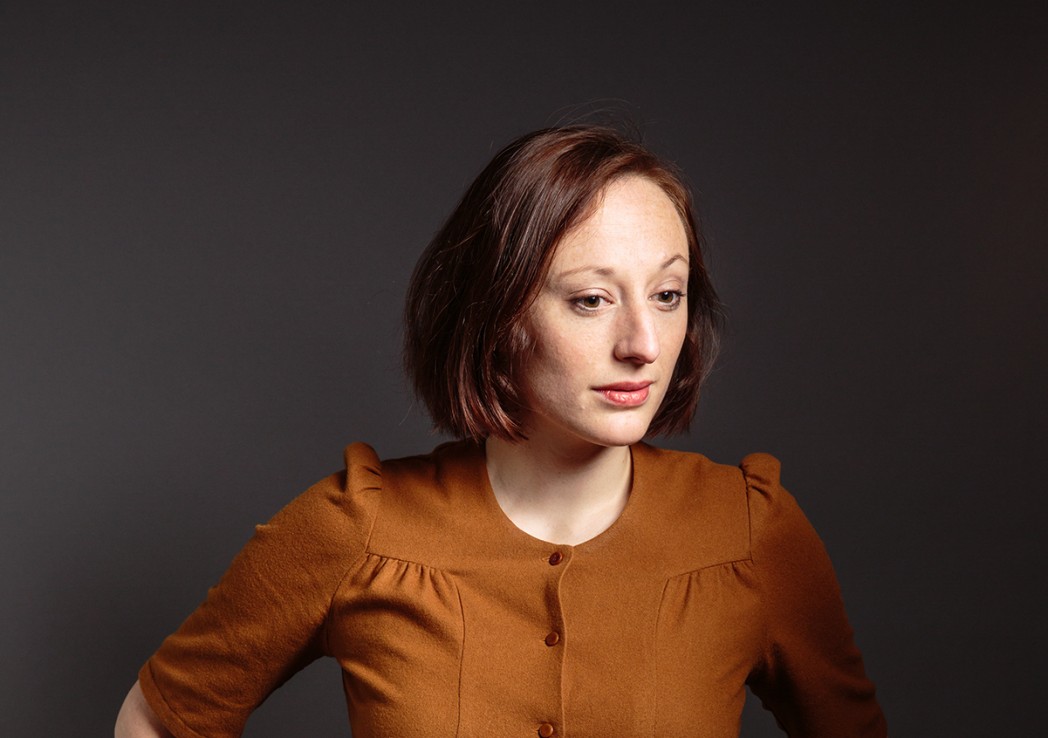 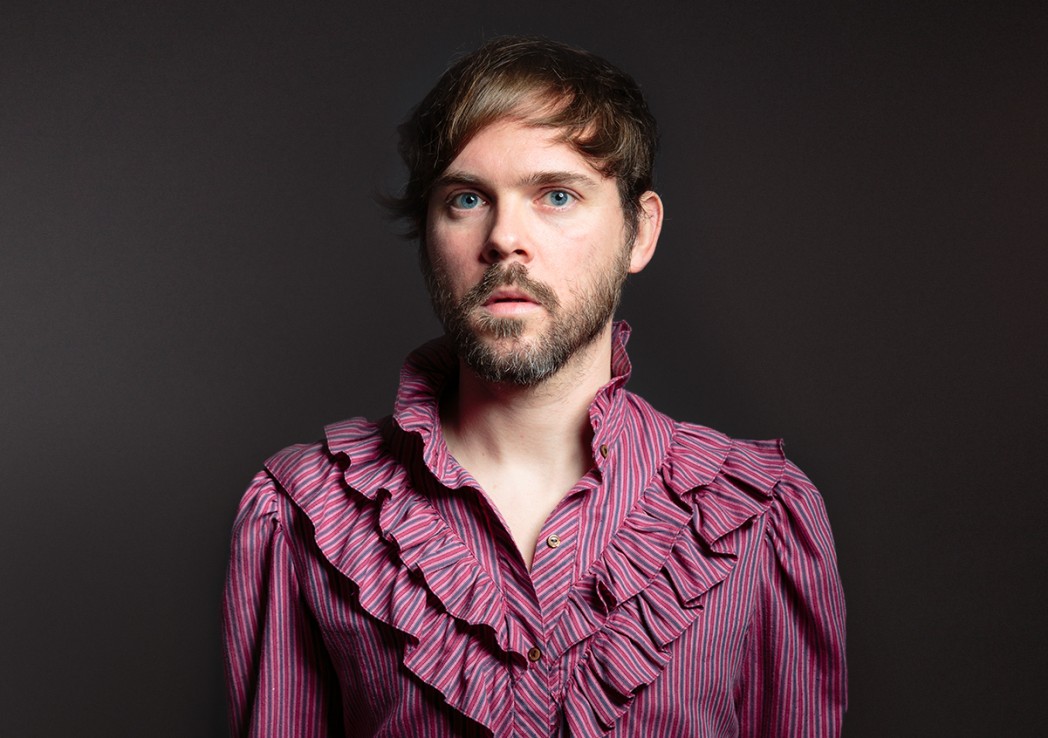 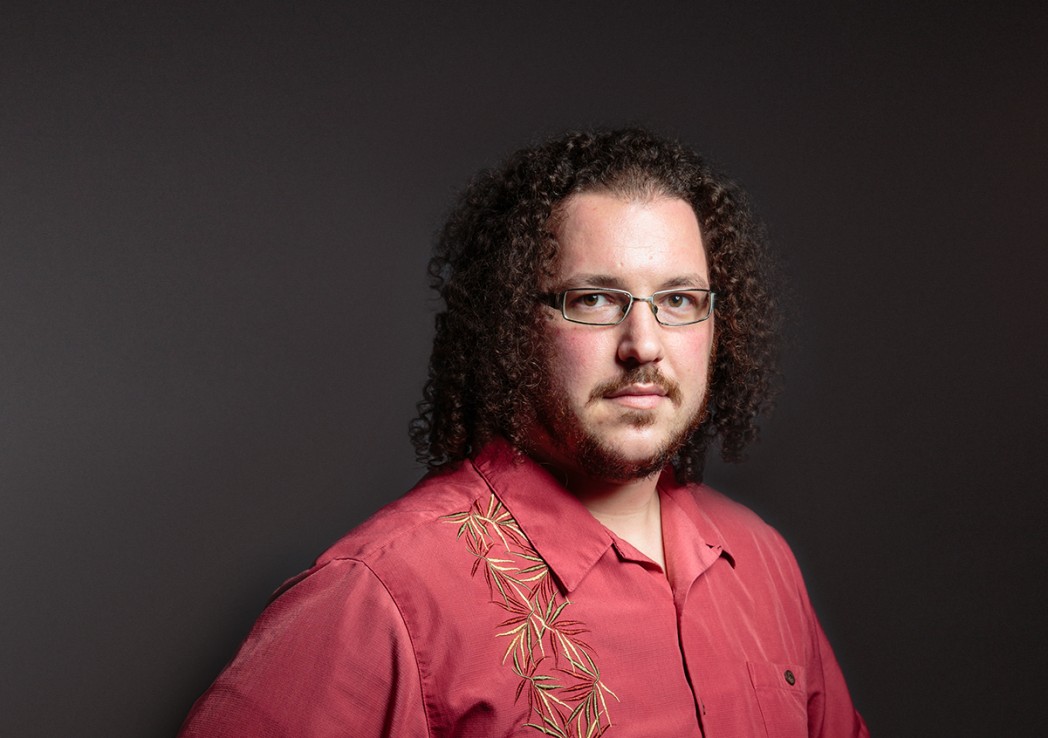 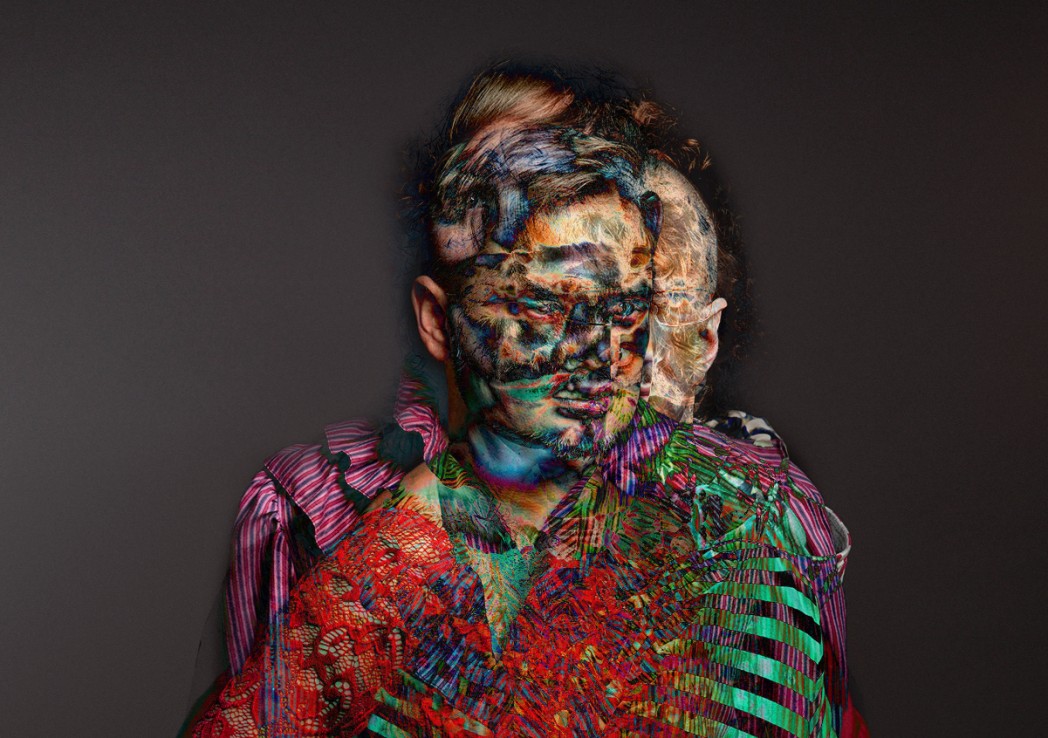 Leopold Hurt (born 1979 in Regensburg/Germany) studied composition with Manfred Stahnke at the Academy of Music Hamburg and zither / historical performance practice at the Richard-Strauss-Conservatory Munich. His oeuvre ranges from instrumental to vocal music with a particular focus on works featuring the zither and/or electronics. As an instrumentalist, he has appeared with such orchestras as the German Broadcasting Corporation, the Orchestra di Roma and the Hamburg Philharmonic.

Supported by the Goethe Institute he has appeared internationally on tours to China, Ireland and Lebanon. Leopold Hurt has received several awards for his compositions, including the “Stuttgart Composition Prize” and the “Bach Prize Scholarship“ of the City of Hamburg. As a cultural ambassador of Bavaria, he lived in 2003/04 at the “Cité Internationale des Arts” in Paris and during 2009/10 at the International House of Arts “Villa Concordia” Bamberg. In 2014 a portrait CD with his works was published by WERGO / Contemporary Music Series.

Andrej Koroliov was born in 1982 in Hamburg. He has received degrees in piano, composition and music theory at the Hochschule für Musik und Theater in Hamburg where he studied with Marian Migdal, Peter Michael Hamel and Manfred Stahnke.

His works, which span the gamut from acoustic to live electronic, solo to orchestral, have been awarded various prizes, including the Bach Promotion Prize of the city of Hamburg, Alfred Schnittke Composition Prize and Yamaha Young Composer’s Award, and have been performed by Ensembles like Reconsil Vienna and the Freiburger Schlagzeugensemble. As a pianist, he has been active both as a soloist and as a chamber musician, performing with groups such as ensemble integrales and the Hamburger Symphoniker. Andrej Koroliov is also founding member of the Decoder Ensemble.

She performs regularly as a soloist in Germany as well as on international tours to countries such as  China, Chile, the USA and Mexico.

From 2011-2013 she was the recipient of a grant from the Anni-Taube-Foundation Hamburg. She recently gave a masterclass at the XIV. Festival Internacional de Música Contemporánea‘/Santiago de Chile.

In her work in the classical chamber music genre, she performs regularly together with the pianist Anne von Twardowski, the cellist Sonja Lena Schmid and the violinist Hibiki Oshimi.  The concert ambience play a special role for their concerts enhance by their collaboration with the projection and lighting artist Kathrin Bethge.

Carola Schaal is particularly excited by the newest stylistic ideas of contemporary music as well as the theatrical elements of performance.

Sonja Lena Schmid is a Hamburg-based cellist and performer. Her versatility allows her to be active in various artistic fields such as contemporary and classical music, as well as musical theatre and performance art. As a soloist and a as member of the Decoder Ensemble, she has commissioned and premiered over 60 new works, appearing at numerous international festivals.

Invited for an ongoing residency at the Elbphilharmonie Hamburg, Decoder creates the concert series „Unterdeck“, currently entering its forth season and featuring collaborations with various artists such as Sarah Nemtsov, Heinrich Horwitz, Simon Steen-Andersen, Nora Gomringer, Brigitta Muntendorf, Trond Reinholdtsen and others.

Together with Anne von Twardowski, she initiated „Rauschen“ (www.rschn.de), a club-concert series that juxtaposes classical chamber music with electronic music. She is also passionate about bringing original and unusual concepts to concerts for children, contributing to such projects as the musical theatre work „Teufels Küche“ or „backstage concerts“ in co-production with KinderKinder e.V.

Since may 2019 she is Professor for Ensemble and Digital Performance at the Staatliche Hochschule für Musik Trossingen.

Alexander Schubert was born in 1979 in Bremen and studied bioinformatics in Leipzig and Multimedia Composition with Georg Hajdu and Manfred Stahnke in Hamburg. During his studies he has worked as a musician and composer in a variety of different environments. In addition, Schubert worked at the ZKM (Centre for Art and Media) in Karlsruhe for one year. He’s artistic head of the electronic studio at the conservatory in Lübeck, teacher in Hamburg and was a guest professor at Folkwang University in 2016. Mainly he’s working as a freelance composer.

Schubert’s interest explores cross-genre interfaces between acoustic and electronic music. The most characteristic feature of his work is the combination of different musical styles (like hardcore, free jazz, popular electronic music, techno) with contemporary classical concepts. He incorporates these influences based on his personal experience rather than theoretically approaching the topic. Schubert has participated in his youth and early career in all above-mentioned genres both in groups and as a solo artist.
Furthermore performance pieces are a major focus in his work. The use of the body in electronic music and the transportation of additional content through gestures are key features in his pieces, which aim at empowering the performer and at achieving a maximum of energy. The constant aim to pursue the search for the highest intensity in a musical performance is a driving force in his work – and this always in a subjective and barely ever conceptual way. This also leads to the regular questioning of the border between notated and improvised music. Several pieces can be understood as highly structured improvisations.

Since 2009 he focuses on sensor-based gestural composition in both his writing and research activities (as a PhD student). In this work field he is contributing to international conferences and researches with various institutes worldwide. The combination of aesthetic, technical and scientific aspects of this interdisciplinary approach have encountered a very positive reception. His technical training as a computer scientist is the basis for a fearless dealing with technology in general and sensors in particular.

Apart from working as a composer and solo musician Schubert is also a founding member of ensembles such as “Decoder“. He has contributed to a variety of different projects as a musician, composer and programmer (e.g. Wiener Festwochen, Staatsoper Berlin, SWR), curated a festival for contemporary electronic music for several years and runs the contemporary music label Ahornfelder. He’s an organizing member of the VAMH – a collective maintaining a broad network for contemporary music and organizing an annual two-week long festival. He’s been a jury member of conferences and competitions (e.g. SSSP Conference, JTTP competition), jury head (ICMC) and held composition workshops (e.g. Mexico City, Stockholm). He is the artistic head of the electronic studio at the conservatory in Lübeck, teacher at the conservatory in Hamburg and was a guest professor at Folkwang University in 2016.

Dr. Jonathan Shapiro is an advocate for contemporary music and an active performer of solo and chamber works for percussion. Based in northern Germany, he is the percussionist for the Decoder Ensemble, RADAR ensemble, and Ensemble LABORATORIUM. He appears frequently as a guest performer with such ensembles as Ensemble MusikFabrik, Ensemble Resonanz, Alarm Will Sound, Zafraan, Signal, Oh Ton and Newband. Jonathan has also performed with such groups as the Percussionists of the New York Philharmonic, Argento Chamber Ensemble, Talujon Percussion Quartet, International Ensemble Modern Akademie and in performances of Terry Riley’s classic work In C with the Bang on a Can All-Stars

Jonathan can be heard on recordings from Mode Records, Ahornfelder, NEOS and London Hall Records. His live performances have been broadcast on national TV and radio stations in Germany, Serbia, Ukraine, U.S., Austria and Mexico.