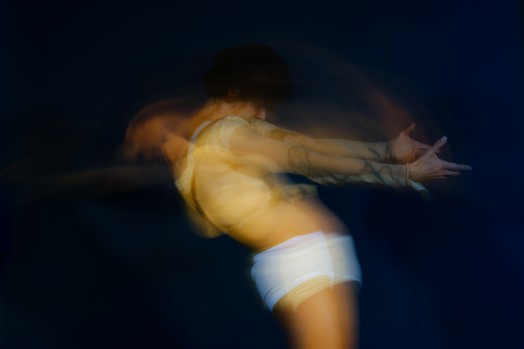 In „Unzeitiger Gast“ the Team, together with the Decoder Ensemble, explores formally the historical „Mystery Plays“, transforming them into a contemporary, multimedia and installative intoxication of sound. The focus is on the finiteness of human existence – a topic often suppressed in our society. In various reenactments, individual moments are considered and relived. The cross-genre team takes its cue from dances of death (the earliest multimedia works of art in which painting, poetry, and music were combined) or from the so-called „Dancing Mania“ (a phenomenon of the early modern period), an ecstactic and fatal attack of dancing that lasted for days.
The room itself becomes a performer, through a powerful use of visual art, light and dance, in this deadly game.
The audience is invited to roam through the different spaces and times, celebrating their own morality – or even trying to cheat together with the others in a futuristic scenario.